Picked this up for a bargain off a well known auction site. Been wanting to get one for ages but always seem to go for a bit too much.

Sold to the Andreivian Transport Authority for use in Tcherbevan in the mid 1950's by the Birmingham City Transport Co. after the system had stopped all services in Birmingham. This tram is the only one left running and operates along the south bank of the Krupnehr linking the capital with the coastal town of Kvish and its sandy beaches. 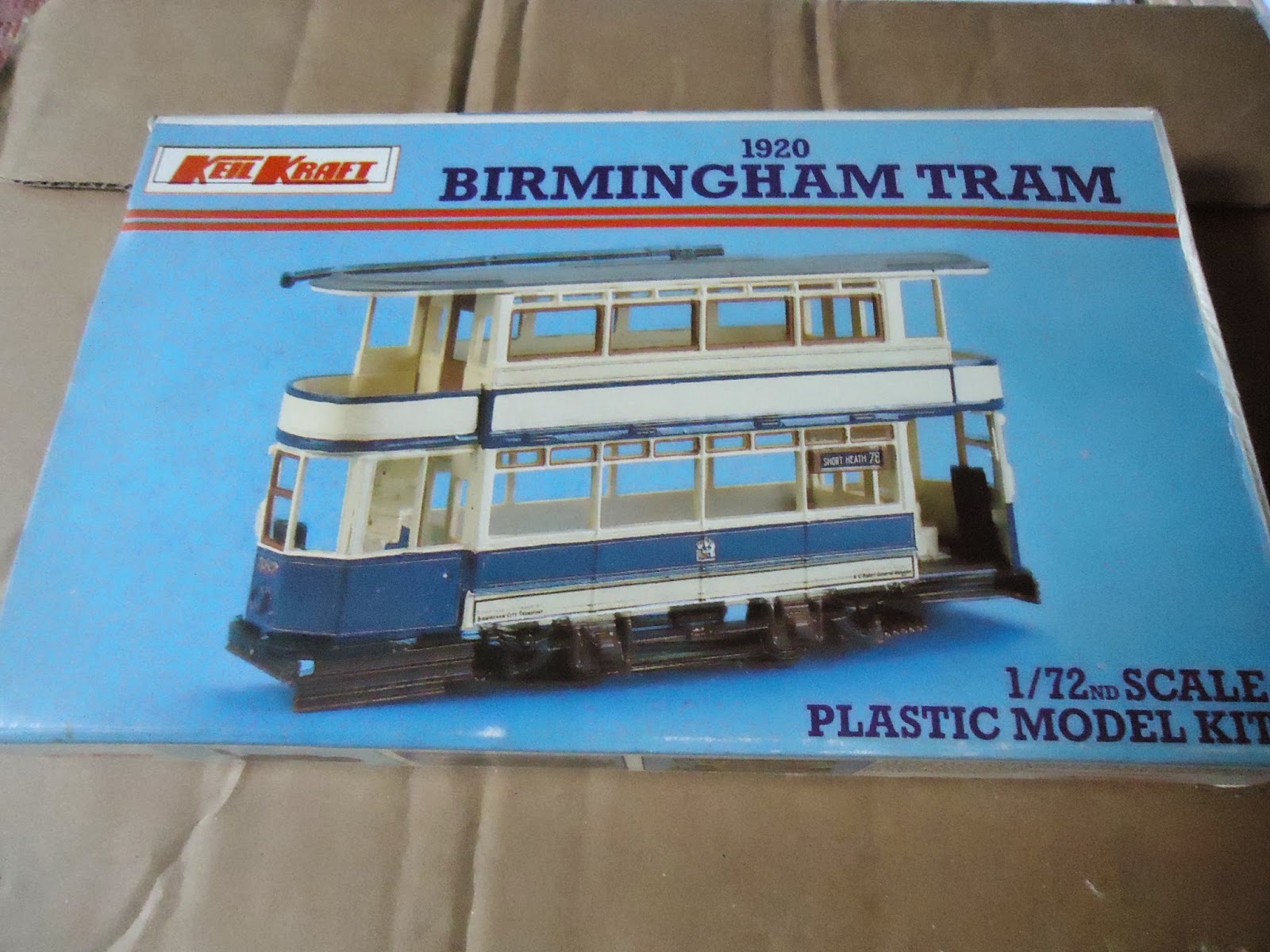 Posted by Tales from Shed HQ at Saturday, November 29, 2014 No comments:

And now we have Argument number 2 from Ian Shaw representing the Andreivian Government!

The Andreivian Government has called upon the Security Council of the United Nations to deploy Blue Beret peacekeepers into Andreivia and to impose a no-fly zone over the country.  This may have multiple results:

1. NATO or the Russians veto the request to avoid having UN troops further complicate the situation
or
2. The UN Peacekeepers arrive and de facto cement the Government in place as things stand.
and
3. Either way the legitimacy of the Government is reinforced in the eyes of non-aligned nations.

We can only assume there was some kind of dirty dealing in a back-room at the United Nations and for some reason the Andreivian Delegation was unable to call for the vote.

We now move on to Tom Zunder who has stepped in to act as the Russians for this phase of Andreivia's history.

Posted by Counterpane at Monday, November 24, 2014 No comments:

The starting positions for the next table-top Andreivian game is to be determined by a Matrix Game of the type invented by Chris Engle.

Pete Jones has made Argument 1 on behalf of the Andreivian Armenians and has been successful.  The following Action has taken place and has brought about the stated Result:

ACTION: Our spies in the Northern Hills and at the Airport will make detailed maps and report to the Armenian High Command on strongpoints, gun positions and troop deployments of the Russians.

RESULT: We will gain accurate positions of the Communist Invaders which will enable our artillery to shower them will Raining Fire in the first part of our objective to reclaim our Motherland.

REASON 1: When our glorious Deputy Serj Benkian declared the republic be dissolved last year every Armenian knew it was their duty to repel the Foreign Invaders and protect the Motherland. As they are fighting for what is rightfully theirs they will be fanatically dedicated to the course and go to any measures, risking their lives to scout the area. The Northern Hills give us a good vantage point over the airport with good Lines of sight.

REASON 2: Some of our Armenian brothers who work at the airport are loyal to the cause and remember the Soviet Forces occupying Andreivia after World War 2. They remain working for the Russians giving them the Impression they are no danger and pretend to befriend them. All the time they are plotting their down fall and using their detailed knowledge of the airport to to draw up intricate plans.


REASON 3: The Russians are so busy flying in reinforcements and patrolling the edge of their area they will not be expecting spying from within their boundaries.They are spread very thinly and will rely on local Andrevian workers to help them oblivious to the fact they are loyal to the Andrevian cause.