I have a couple of Andreivia games planned.  Here's a new piece of scenery for one of them.... 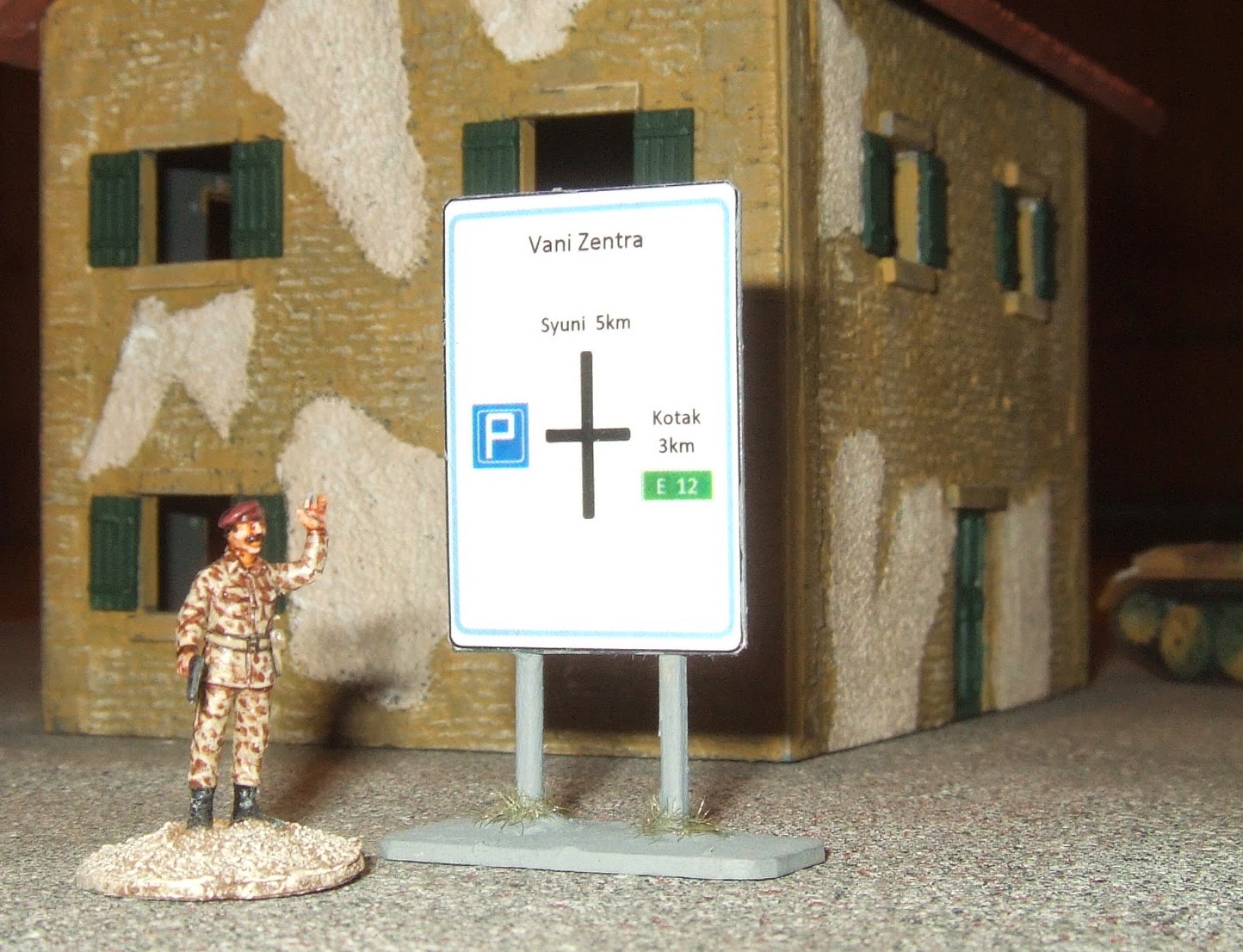 Richard Phillips has taken to referring to me as the Oracle of Andreivia.  This, it seems to me is only fitting.  What's the point in having your own country if you can't enjoy ultimate executive power there?  So I thought I'd pass a few comments on some of the toys we saw at Crisis Point IV and particularly some of Ian's contributions.

First up, an apology to Ian.  He suggested a couple of time that he'd like the Andreivians to have Chieftains and T-80s, neither of which really seemed, well ... right, to be honest.  T-80s represent the latest military technology for the Russians in the early 1990s and I don't see them handing them over to the notoriously independent-minded Andreivians.  Likewise, I can't see the Brits selling Chieftains to a communist regime. So for now I think we'll stick to the known T-55s, T-62s, Type-61s and JS-IIIs (as well as left-over T-34/85 with some of the reservists).

Where I do agree with Ian is that Andreivians definitely have a number of locally produced vehicles on adapted T-34 chassis.  A few blurred shots of them can be found in the background of recent news coverage:

Sadly, the news reports don't seem to have capture a picture of the DSM-34 SP AA vehicle.

Also definitely in Andreivian Army service is the Khmali armoured car seen her in the background as a Mujaheddin fires on NATO troops.  The Khmali mates a Scimitar turret to the chassis of a WW2-era Humber armoured car.  Quite how the Andreivians managed to source these on the world arms market is something of a mystery.... 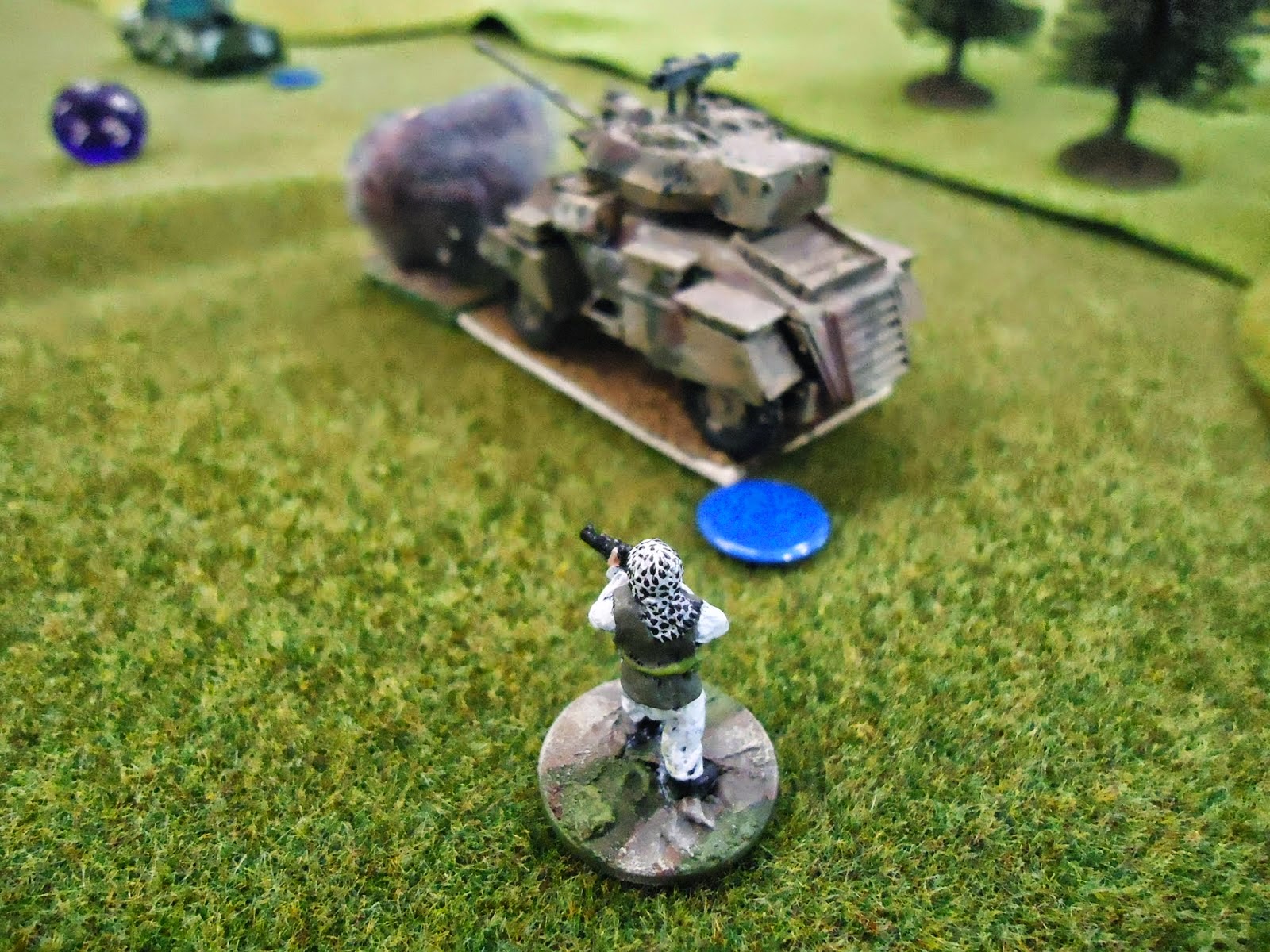