Time after time I've found our hobby to be populated by good people who are incredibly generous with their time and resources.

Last week I asked on the SOTCW forum if anyone would spare some unwanted figures so I could make up Andreivia Lucky Bags.  The idea being that people could buy entry to Crisis Point IV, enough figures to make themselves a suitable force, and some background material on the setting. I figured that if four or five people provided a dozen or so plastic figures each we could make up, with what I have spare already, three or four such packs.

This evening I came home to find that John from Glasgow (aka Bannockburn Bhoy on the SOTCW forum) had sent me the following: 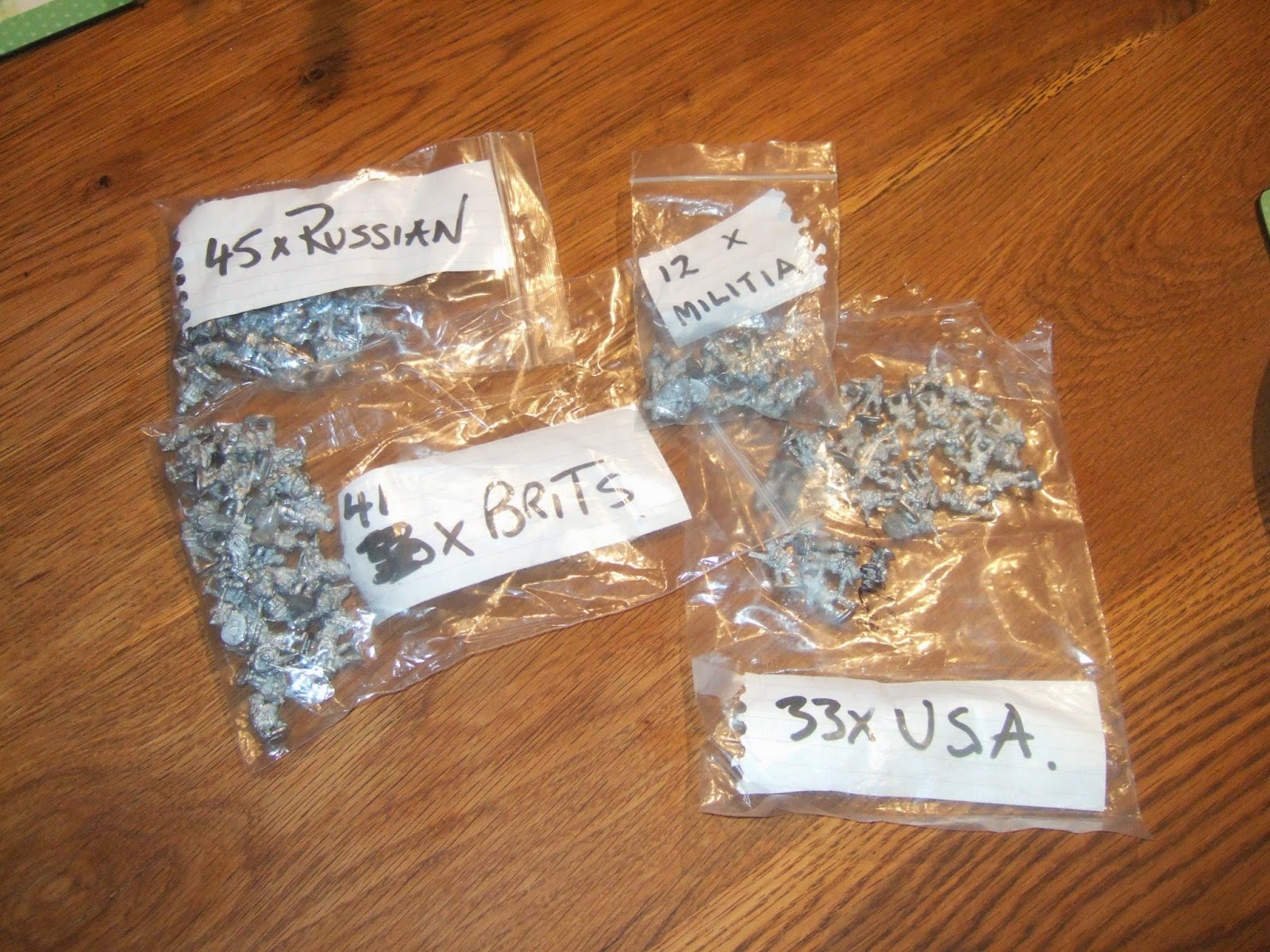 That's 131 metal figures!  With these we can make up Russian, British and American platoon packs and by adding some of my current stock of plastics and Atlantic Jeeps, a nice Armenian Militia unit too!

All I can say is, "Thank you, John.  Your generosity is greatly appreciated and will go some way to ensuring that we make a significant surplus and can make a useful donation to our chosen charity".

Posted by Counterpane at Thursday, October 02, 2014 No comments: