Well I think that went rather splendidly.  I think the first measure of success has to be that after last year's game we had two SOTCW members keen to "do something next year at Gauntlet". Now we have four or five!
The first shot below shows the table from the south-western end - in the distance are the shores of Lake Khikide and the town of Tuzkhur.  The village in the foreground would prove a tough nut for the Americans to crack. 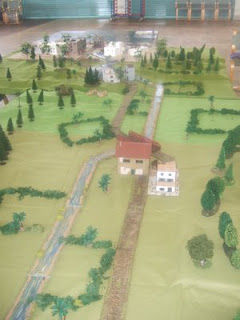 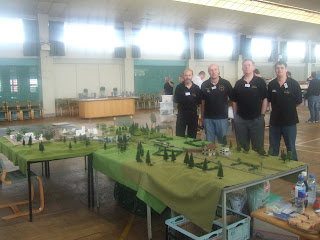 A NATO Jaguar on a recon flight over the valley. 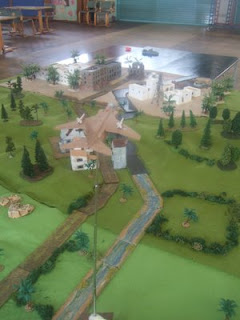 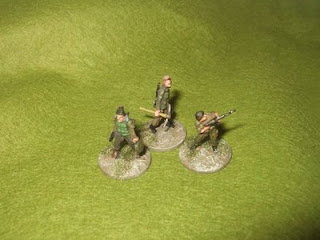 I've found another couple of pictures on my memory stick so I thought I might as well let you see my team of Andreivian Turkish engineers. They are plastics from the Orion Chechen Rebels box. The two on the left were originally stretcher bearers but modified with a little Green Stuff. I've added some tools from the Airfix Command Post and a landmine from the Revell German Engineers set. 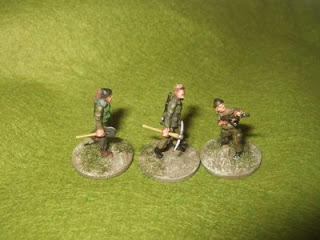 Posted by Counterpane at Thursday, July 03, 2008 No comments:

Just got time to get some pictures of the latest toys uploaded. Here, for starters, is the Jaguar GR.1 I've produced to provide some air support for the NATO forces. 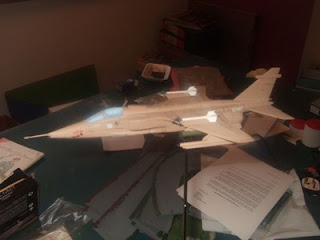 It's the Revell kit made up pretty much out of the box. The nose art is in the form of a scantily clad young lady who rejoices in the name of Debbie. By chance that happens to be the name of Richard Baber's wife and Richard is our NATO Commander! Good hey?

And now a couple of pics of The Important Building. This is a government building in downtown Tuzkhur. At the start of the battle it's in Government hands. 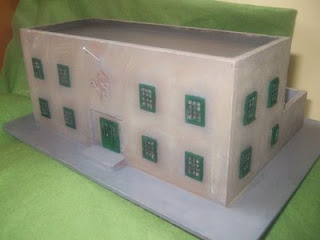 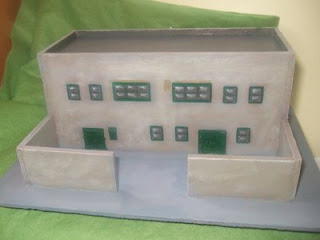 The model is from foamcore on an old cork and melamine place mat. It's basic but functional.
Posted by Counterpane at Thursday, July 03, 2008 No comments:

I finished the Important Building last night and that's the last thing that needed doing. In fact I've been so relaxed for this game that I spent Sunday evening painting some old Airfix Napoleonic British infantry - the first Napoleonics I've done for over 20 years!

Tonight I'll have a look through the boxes and see if anything needs last minute repairs but basically I'm there! Somehow it isn't going to seem right not being up until midnight the day before the big game painting those last few models.

Must get some photos done though.
Posted by Counterpane at Wednesday, July 02, 2008 No comments: