Today saw the beginning of what may prove to be a prolonged Russian involvement in the Andreivian Civil War. VDV Spetsnaz forces attacked the International Airport of the national capital Tcherbevan. 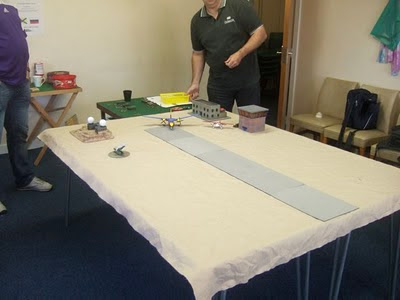 The picture below shows the scene of the action. On the left are the control tower and terminal building and on the right a SA-2 Guideline anti-aircraft missile and the military radar installation. Andreivian Airlines and AlpAiraircraft can bee seen near the runway. 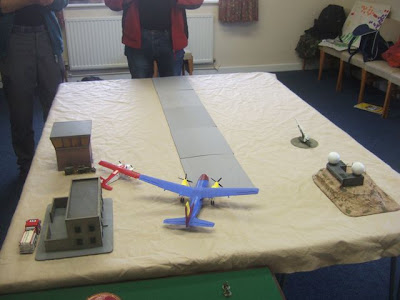 The action opened with Russian Spetsnaz forces advancing down the runway having been heli-dropped at its far end. Platoon commander Will McNally deployed his platon HQ squad mounted in their BMD fighting vehicle and raced to capture the SAM only to see it destroyed by a single shot from Ian Shaw's second section's BMD. The resulting explosion and fuel fire would illuminate that part of the battlefield for the remainder of the action. 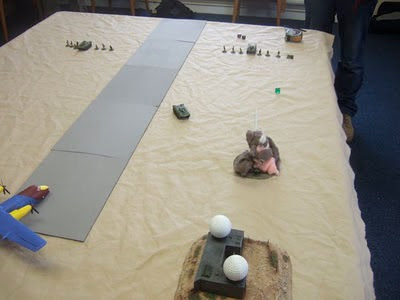 The third Russian section (and accompanying sniper team) were controlled by Rob Connolly. Rob was the first to try out our darts-based mechanism for off board artillery fire. All he had to do was to hit the dartboard to determine where the artillery arrived. As you can see this was clearly easier said than done... 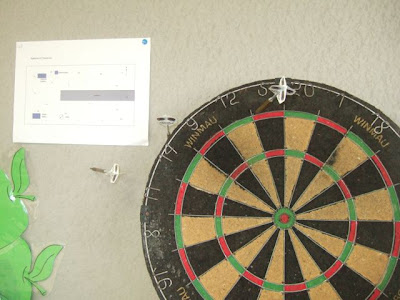 Eventually some Andreivian artillery bracketed Will's first squad as they deployed near the burning SAM. 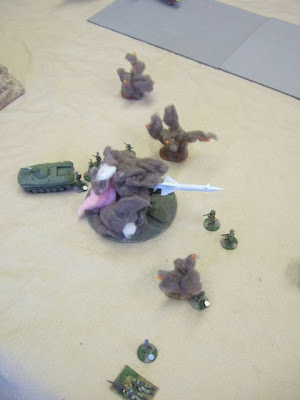 While some scored a near direct hit on Rob's sniper team (who amazingly survived). 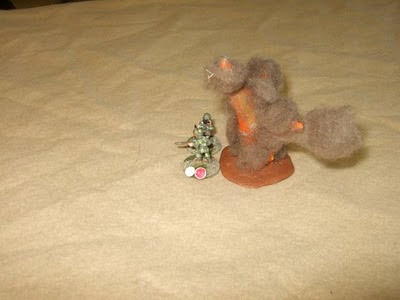 The Andreivian airport guards (commanded by Phil Gray) soon fled the scene but not before they had called in reinforcements including a T-62 tank which soon made burning scrap metal of Ian's BMD (and then Will's too). 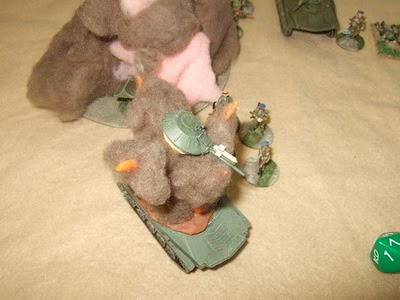 An Andreivian motor rifle section in a BMP-1 didn't last long but an Andreivian Air Force Skyhawk did put in an appearance. Just after this photo was taken it was driven off by heavy ground fire. 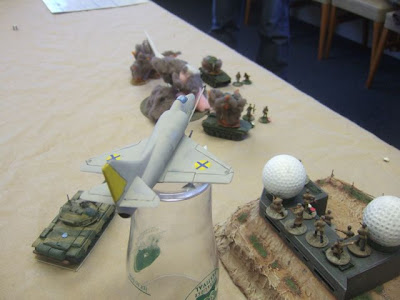 Finally, the T-62 took care of the final BMD but not before Rob's section had secured the air traffic control tower and begun to call in Russian air support. 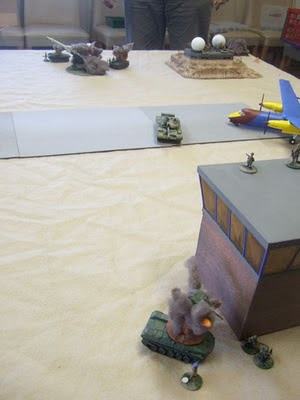 We called time at this point. A marginal Russian victory but only very marginal - the main force will not find a completely pacified landing zone when it arrives. Here are most of the team (l to r) Richard Crawley, Rob Connolly, Will McNally, Ian Shaw and Phil Gray. 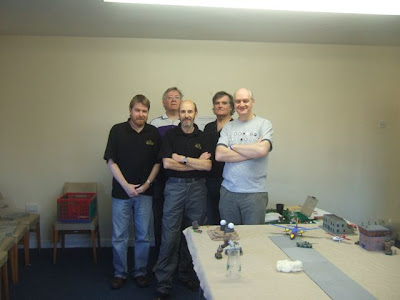 And here's the other team photo (Rob, Ian, Phil, Will, and rules consultant Mike Ahern). 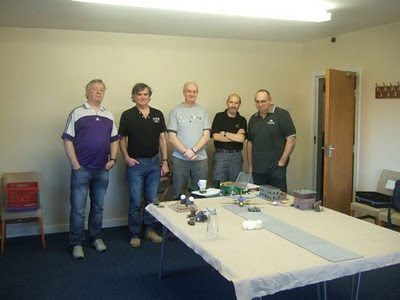 Finally, we decided to see how my recently painted MiG27 would do against the T-62. Targeting was spot on and two full pods of unguided rockets made short work of the tank. 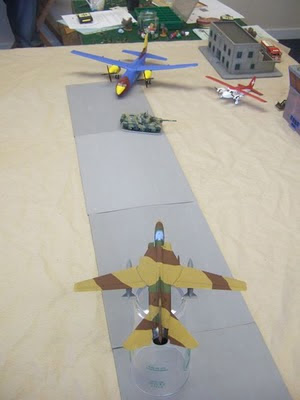 All in all, great fun. We must do this again some time.
Posted by Counterpane at Saturday, November 27, 2010 No comments:

This afternoon I took advantage of the house being mostly empty to have a try out of the terrain layout for the next game. But first here's a random picture of the Russian AGS-17 grenade launcher team (built and painted by Neil MacDougall). 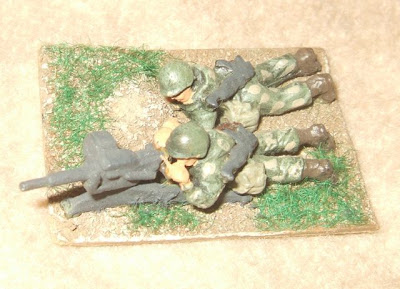 As an airfield, the terrain is pretty open. The runway is made from sheets of grey "magnetic foam" - 49p per A4 sheet from Hobbycraft.
The terminal building is the "important building" previously seen in down-town Tuzkhur. The radar station is also reused from a previous game but since taking the pic I've started toning down the vibrant red ground colour. 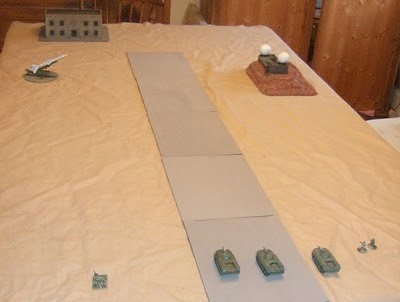 An air traffic control building is needed to go in the corner between the radar station and the terminal building.
Posted by Counterpane at Sunday, November 07, 2010 No comments:

Target for the Spetsnaz

I decided to have a go at resurrecting an old Airfix SA-2 Guideline missile to go near the runway at Tcherbevan International Airport. 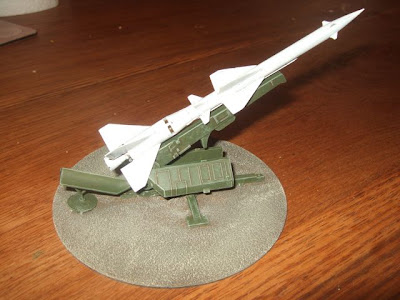 The model is based on an old CD textured with sand from the dunes at Meols (near the venue of the game later this month). I shall probably add some static grass before the game. 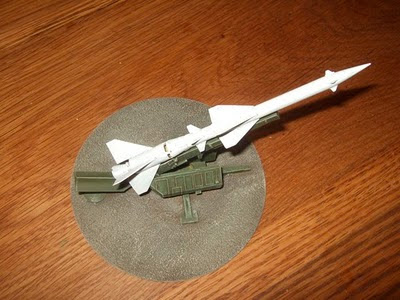 Posted by Counterpane at Sunday, November 07, 2010 No comments: