This Henschel Hs-126 of WW2 vintage was until recently an exhibit at the Air Museum of the Andreivian Air Pioneers Organisation outside Tuzkhur. 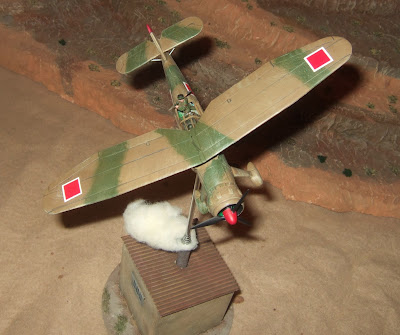 It has now been made airworthy by disaffected Andreivian Turk personnel of the Andreivian Air Force. 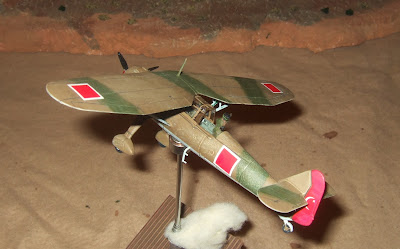 The effectiveness of firing an RPG-7 from a low-flying aircraft is yet to be determined....
Posted by Counterpane at Sunday, October 13, 2013 No comments:

I thought it might be useful to show the buildings I have that are currently ear-marked for use in Tcherbevan.  I’ve included an Esci US infantryman and an M1 Abrams for scale.
Let’s start with the airport.  The Important Building was used in the last game as the terminal building of Tcherbevan International Airport.  I suggest that it serve the same role again. 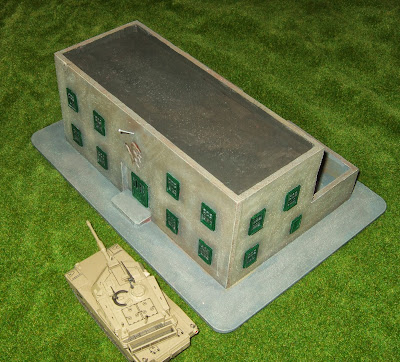 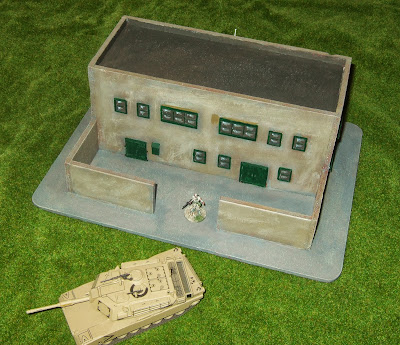 Likewise the control tower and the military radar station.  I intend to have them in the same relative locations as in the previous game, Spetsnaz at Tcherbevan. 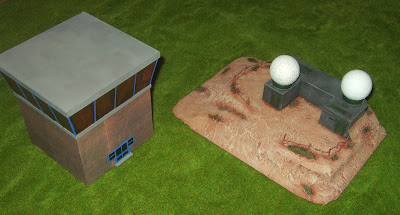 Next up we have a couple of Russian isba-style houses by Will McNally.  I suggest these could serve as an Armenian village in the northern hills. 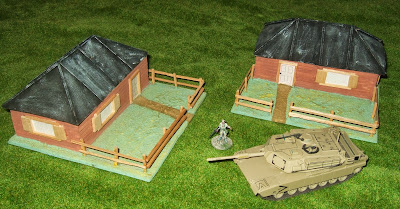 Also in an Armenian area but this time in the city is the “English Church”.  I intend to make a base for it to stand on with graves and perhaps a surrounding wall. 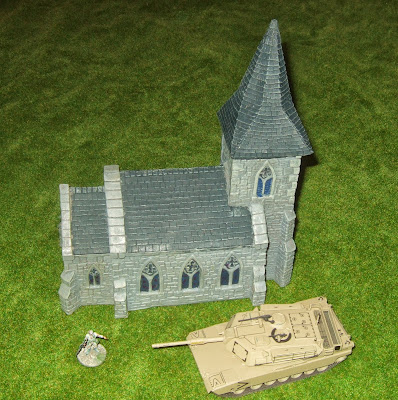 The following Mediterranean-style buildings could feature in the Armenian Quarter.

This light industrial unit could be used anywhere (when finished - it needs some weathering to tone down the luminous brick work). 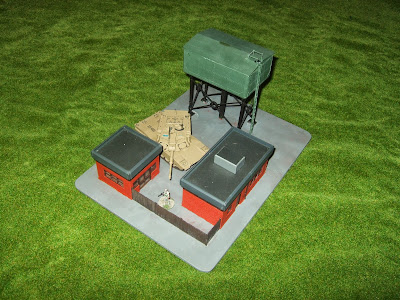 More of the city centre next in the form of these resin models from Museum Miniatures.  When finished (a couple of them are only half painted) they will probably form the no-man’s-land between the Armenian and Turkish Quarters. 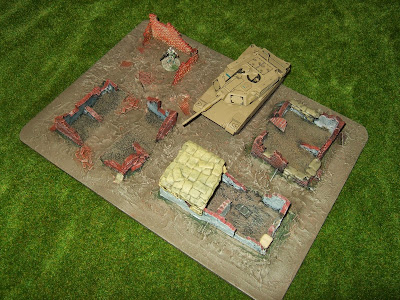 The next building was originally intended as a police station in 1940s Lebanon! It’s since seen considerable action and I see no reason why there shouldn’t be a place for it in Tcherbevan. 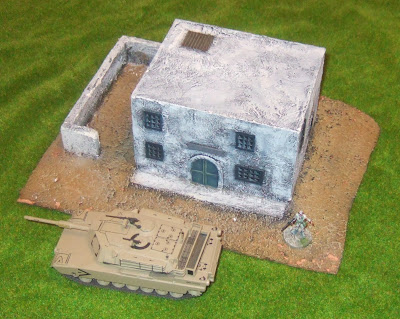 Finally, there’s this rather lovely Bachmann water tower.  They normally retail at an eye-watering £17.00 but I got this one for less than half that in a sale at the Ian Allen shop in Manchester.  It’s worth keeping an eye out for bargains. 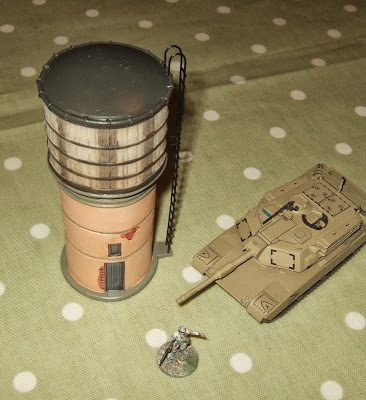