Prior to last year's Crisis Point (our first exploring the history of Andreivia at the end of the Great War) I attempted to build a box of HaT soft plastic German cycle troops. 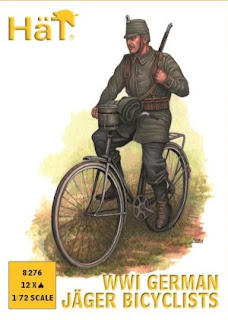 I still bear the emotional scars of the experience.  The figures come with separate arms that should in theory connect shoulders to handlebars but in fact are almost impossible for anyone with fewer than three hands to attach securely. In the end, pressed for time to get forces ready for the event, I gave them up as a bad job and returned them to their box.

However, I'm damned if I'll let them beat me again.  With a little more time to go at them surely they can't be that bad?  Can they?

More reports to come but, please, stay away if easily offended; I suspect bad language may ensue....

In late April 1918, as the Turks and their German allies drove north towards Tcherbevan, the Andreivian government threw much of its resources into strengthening the line of defences around the old garrison town of Dvimin.

The picture below shows one of the forts that the government hoped would blunt the enemy attacks.

Crisis Point VII - It's a Date!

As usual the venue will be Dungworth Green Hall, Dungworth, near Sheffield. 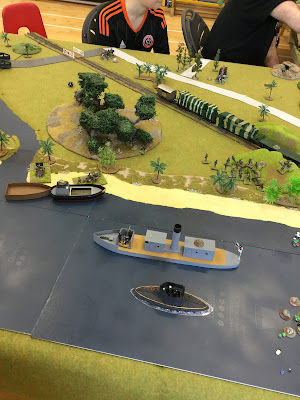 Once more we will be exploring the events of 1918 in poor, war-torn Andreivia.  Look out for at least five invading armies for the Andreivian forces to contend with!

Cost for the weekend is £15.  Any surplus goes to charity.  Places are still available.

The first two parts are up on my blog. 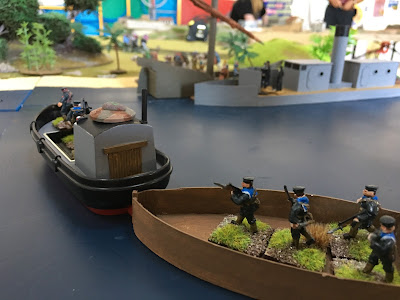 A couple more lengths of trench added to my contribution.  I've added an obtuse angle and another junction to blow for a second communication trench to the rear.

Tonight I shall mostly be adding flock and static grass.
Posted by Counterpane at Tuesday, March 21, 2017 2 comments: 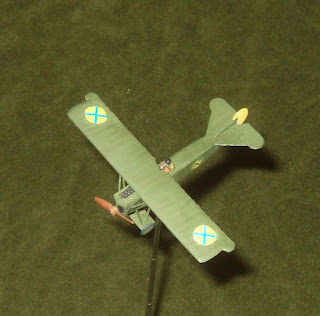 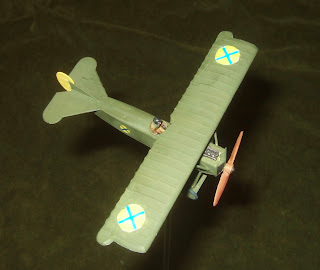 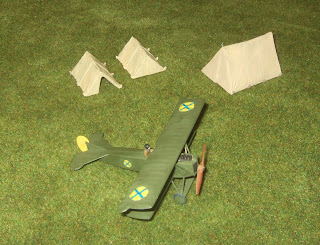 All textured ready for painting once they are dry. These plus Richard C's trenches will form the centrepiece of one the tables at this years Crisis Point. 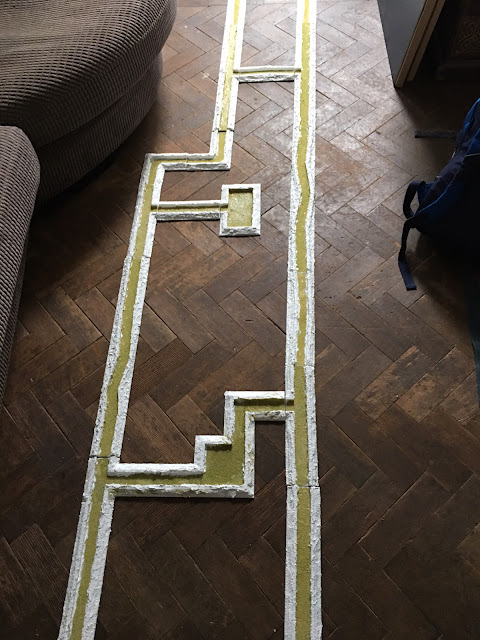 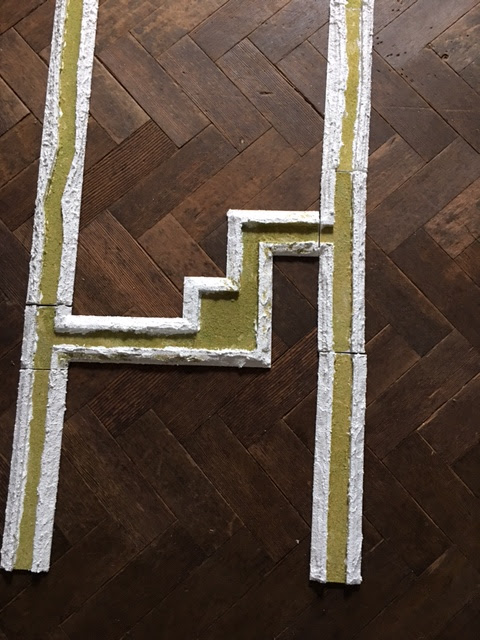 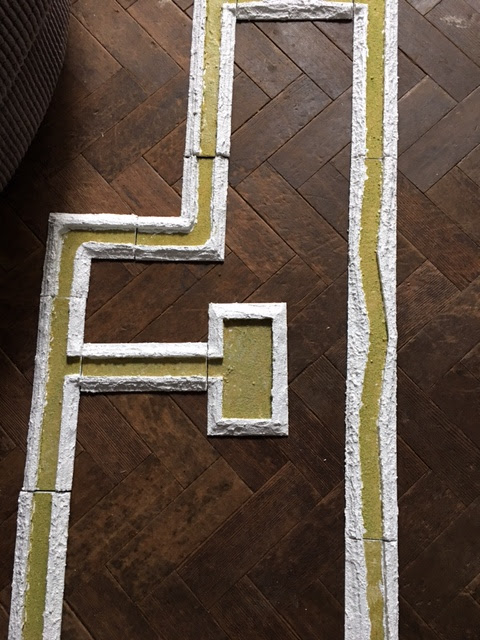 As you have probably already read Richard C (The Oracle of Andreivia) and myself have spent the weekend working on some trenches for one of the tables for Crisis Point. Richard C's are pretty much complete and mine are still in the WIP stage but a bit more work today and they will be ready for painting. 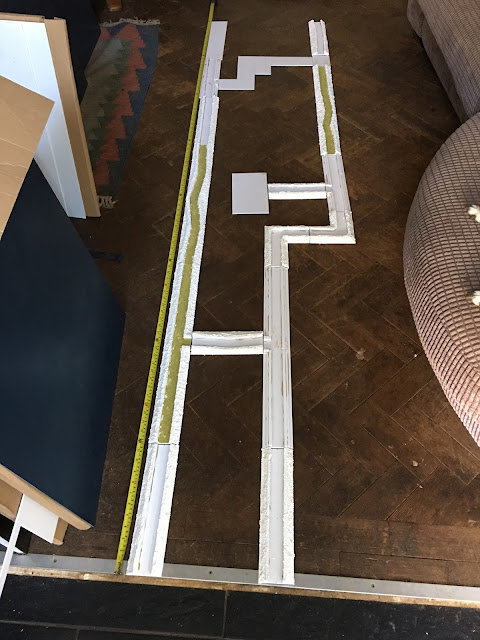 OK, the trenches are at a point where they'll do.  They were never going to be anything other than gaming pieces; high quality trench modelling would require cutting to a base board.

I'd like to add at least another T-junction piece and probably another mortar position.  I'd also like to get some Milliput and add some sandbags to the roof of the dugout. 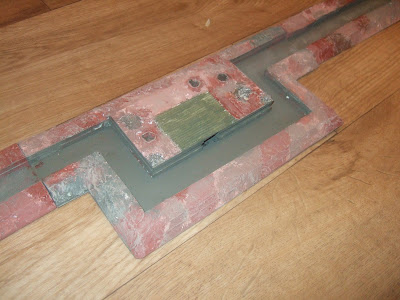 I might also add a bit of static grass around the edges to give it that long-established look. 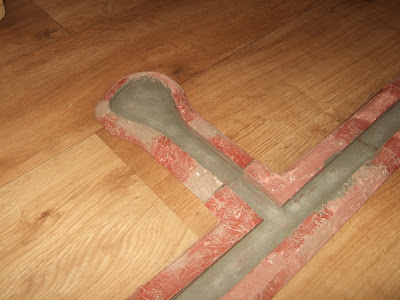 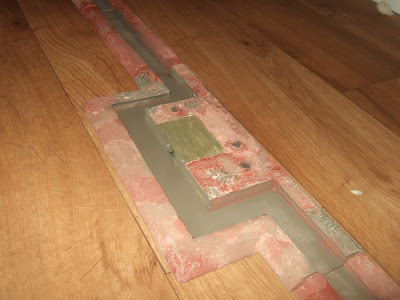 A bit more progress on the trenches.  I've applied all the gloop required and done some painting.  I've also added "wriggly tin" and some small shell craters to the roof of the dug-out. 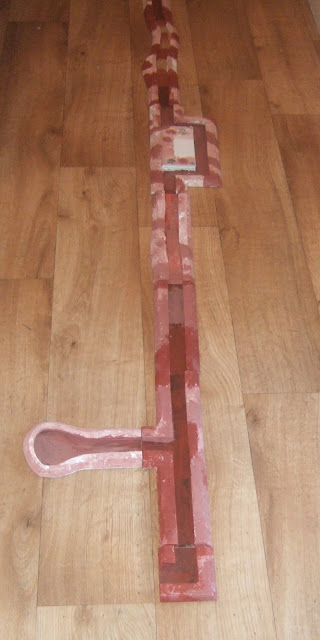 My initial thought was to add some Milliput sandbags to the parapets but then I realised that they should probably only be on the front edge, which would reduce the flexibility with which I could use the pieces.  I shall ponder further.
Posted by Counterpane at Monday, March 06, 2017 No comments:

Richard P and I have both spent part of the weekend making trenches for the Caucasus Front.  Here's a first look at my progress so far... 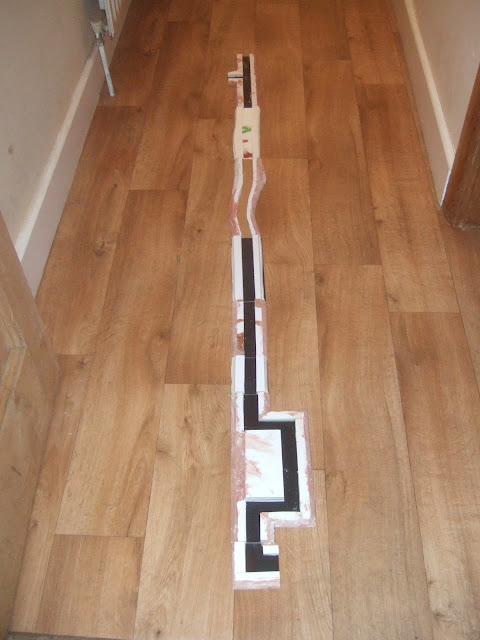 The bases are mostly artist's mounting board but there's some off-cuts of MDF too.  The revetments are made of two layers of chamfered foam-core.  I've started coating them with coloured tile grout for texture.

There's about six feet there and I'm hoping Richard can produce as much again.

Posted by Counterpane at Sunday, March 05, 2017 No comments:

A bit of Googling led me to this excellent source of info on the uniforms of the Turkish army in WW1 (and other periods).

Posted by Counterpane at Tuesday, February 28, 2017 No comments:

These mules will be carrying the vital supplies that keep WoosterForce going during its long march from Mesopotamia to Tcherbevan. 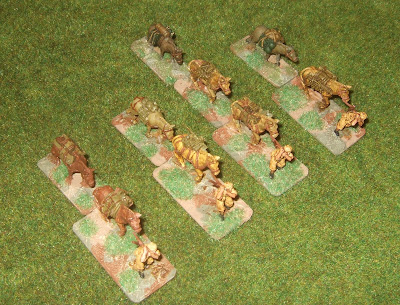 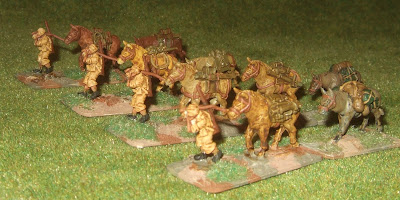 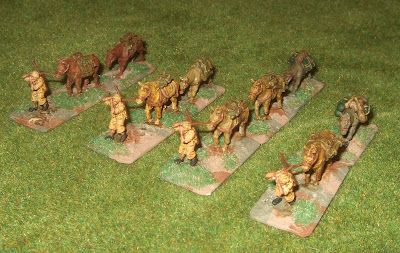 I ran into Mark Kniveton at Vapnartak at the weekend and we discussed plans for Crisis Point. 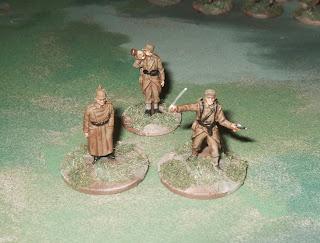 Mark mentioned that he has in the past struggled with the Arc of Fire activation system because he had trouble remembering which unit was which when comparing the units sheet with what's actually on the table. The next card's a red Ace... yes that's one of mine... Oh yes, it's second infantry squad... now which one was that...?

I was able to reassure Mark that this wouldn't be the case this year because I've adopted an alternative system from elsewhere.  I've adopted and indeed adapted it, in fact, from Buck Surdu's Combat Patrol as described on the Meeples and Miniatures podcast.  The system uses a modified activation deck.

There will be an activation deck for each table. This deck will consist of the following cards:

Units will continue to be defined as previously in Arc of Fire - roughly squad sized (though representing companies in our bath-tubbed game.

At the start of each turn a d6 is rolled for each unit.  The unit is marked with the resulting Activation Number (either with a numbered counter or by leaving a die next to it).  Let us suppose our unit has scored 6.

When the Red 6 card comes up, the unit activates and wounded and non-wounded figures (the latter having red markers) can act.

When the Black 6 card comes up, the unit activates but only with non-wounded figures.

When the Blue 6 comes up the unit may activate (with wounded and non-wounded figures) but only if the unit is designated as "aggressive" in the army list.

The Jokers continue to have the standard Arc of Fire function. If the Red Joker comes up first, a random event follows the draw of the Black Joker.

If competing units have the same Activation Number, the unit with the lower TAC score gets to choose whether to go first or second.

If a tank or armoured car has the an Activation Number of 6 and the Blue 6 card comes up, it is subject to an additional effect depending on the vehicle type:

Here are my proposed layouts for the tables over which this year's game will be played. 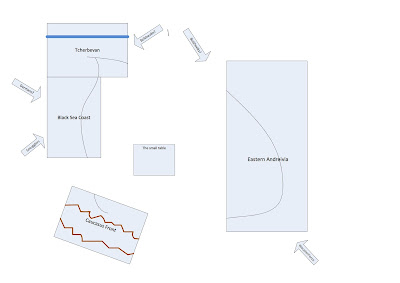 The table sizes are not to scale.

Here are some indications of what each table might look like. The availability of terrain will influence this, in both directions; if we can't build a table that way for lack of suitable terrain pieces, we won't.  If we get a particular terrain piece that just begs to be used, we will.

Table 1- Caucasus Front covers the trenches of the Caucasus Front where the Turks and Russians have been fighting for years.  Now only Andreivian (and perhaps Armenian) forces stand in the way of a Turkish breakthrough. 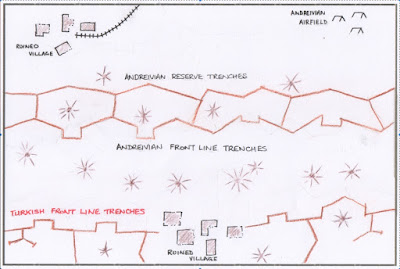 Table 2 - Black Sea Coast covers the western side of Andreivia, in particular the Black Sea coast: 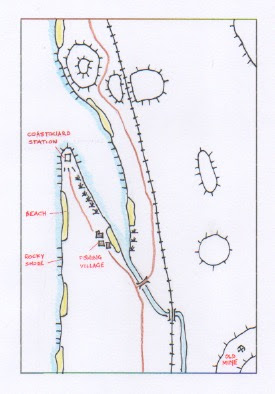 Designed with a couple of story seeds in mind, this table needs a fair amount of dedicated terrain but I'm sure we can do it.

Table 3 - Tcherbevan covers dear old Tcherbevan and surrounding districts.  I haven't at this stage tied the village names and locations back to the 1990s map but this can be done at our leisure. 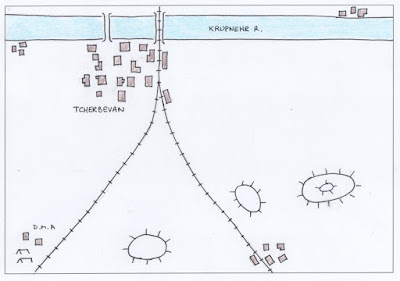 And then there's Table 4 - Eastern Andreivia.  This represents the whole of eastern and southeastern Andreivia heading down to the border with the short-lived Republic of Mountainous Armenia (look it up: it really existed).

In all cases the exact layouts of the tables aren't crucial.  What counts is giving us interesting and varied terrain over which to fight (or in some cases not fight).  More on player roles to follow.

Table 5 is the special table.  On Saturday morning it represents the National Museum of Andreivia.  Who knows what it might represent at other times!
Posted by Counterpane at Tuesday, February 07, 2017 5 comments:

Of Bathtubs and Sandboxes

Check out my post over at The Land of Counterpane.  It could well have sat here but I reckon it'll get read by more people over there.


Posted by Counterpane at Saturday, January 14, 2017 No comments: